Best Japanese Gaming Companies and the Games they developed

When it comes to video games, many would surely think about Japan first. The influence of Japan on the gaming industry is something that's unrivalled. This is in terms of the numerous gamers in their country along with the massive amount of Japanese Gaming companies as well. Throughout the years, there have already been numerous best Japanese games that have proliferated worldwide and has managed to captivate innumerable people. This is already proof enough that Japan is certainly a big entity in the gaming industry. Many today, however, would say with full confidence that the Japanese gaming industry is gradually declining, but there remains best video game developers from Japan today that would make you think otherwise. Here are some of the Japanese Gaming companies at youcanplaythis.com that will surely make you want to play Japanese games right away.

There would surely be many individuals who will swear that fighting games are the king of all games. Well, this isn't really far from being the truth, especially when you think about how fighting games have managed to dominate the gaming industry for decades even when Arcades still ruled the hardware section of the gaming platform. Arc System Works has produced one of the most exemplary and legendary fighting game of all time, Blaz Blue and it has even been incorporated to animated shows and more. Aside from Blaz Blue along with other variations or sequels of the game, there are other impressive titles from Arc System Works which has managed to reach the top of the market. This includes Guilty Gear and Persona 4, which are both highly renowned even today.

When Sega is in the centre of the discussion, many of gamers out there would surely think about Sonic, the blue hedgehog which has already become an iconic character throughout the globe. In fact, he's been so renowned that he has already become synonymous to Sega itself. Sega has entered the gaming industry on the former half of the 20th century but, it has halved its attention to consoles as well. Due to the fair share of failures it has experienced, it decided to drop its journey on the console industry, welcoming a golden age for it as it focused on video game development and publishing. This is when it has established itself in the market when Sonic and its sequels have entered the industry. Other than the Sonic franchise, it has also introduced an incredibly impressive list of titles such as the Total War Franchise of games, Football Manager and the ever-so-impressive, the Aliens.

Without a doubt, you may have already guessed that Capcom is certainly one of the most famous, most reputable and best video game developers company in the industry for decades already up until today. It has one of the most solid and most robust lists of games to ever land on the shelves of the market. In fact, this is already a well-known fact and no longer needs guessing. You would have surely heard of some of their best import Japanese games before which is continuously making waves until today. Some of its titles include the supreme Resident Evil Games, Mega Man, the highly exciting game of Dead Rising and even the gigantic title, the Monster Hunter. Aside from these superb and high-end games, Capcom is also well-known for its classic games that are still at the upper echelon of the industry. 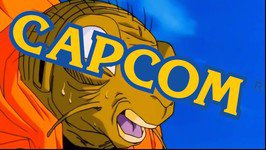 During the recent years, many would have believed that Sony Entertainment has become relatively low-key in the gaming industry. However, it still belongs in the top of the industry with impressive titles published through it. In fact, some of the latest titles on the library of games by Sony includes iconic ones like the Last of Us, Uncharted and many more. Although the games aforementioned were developed by Naughty Dog, it remains a fact that they were published with Sony Entertainment behind them. This shows that Sony Entertainment remains on the list of the best Japanese gaming companies of today. Other titles that you'll surely love to try out are the Last Guardian, Shadow Colossus and more. These are available as Japanese Android games for fun and entertainment on the go.

It remains concrete that the Japanese Gaming companies today, specifically the best video game developers and publishers, remain highly competitive even amid the global platform. This makes it natural to expect that sooner or later, they may once again make resounding waves throughout the whole gaming industry with top-notch titles to satisfy the endless list of gamers today.